I took a day off work to go birding. I started at Lakenheath RSPB where a Red Footed Falcon had been seen the previous day. Unfortunately I did not see this bird in the three hours I was there in the morning but I did see Crane, Bittern, Barn Owl, Cettis Warbler and Turtle Dove amongst others. I then went to Weeting Heath where I saw 2 Stone Curlew. The best birds of the day however were the 8 Bee-Eaters I found in a roadside tree and wires near the village of Briningham in Norfolk on my way to Salthouse to see a Spoonbill. A road was closed near Fakenham and I had to take a diversion, it was whilst travelling on this road that I had not been on before that I noticed a couple of interesting birds land in a roadside tree. I immediately stopped in a farm access road and got out of my car, at this point I noticed a bee-eater on the wire near the ivy clad tree, the other birds had landed in. This bird then flew to the tree where I could now see that the other 2 birds were also bee-eaters. I got my scope out from the back of my car, set it up and focussed on one of the birds. I then got my camera attached it to my scope and was just about to take a picture when it flew from its perch and was then joined in flight by the other two and a further 5 Bee-Eaters. They spent a couple of minutes flying around over the Oilseed Rape field the tree was in and then gradually drifted away over the field. I was attempting to find the Rarebird Alert phone number on my phone when I realised I did not have any idea where I was, so I decided to birdtrack the birds which should have saved the location I was at. I then tweeted the news. This seemed to work as a message was put on the pager service. Unfortunately they were not seen again today but hopefully they will be refound again in the next few days. I also saw 4 Temmincks Stints and a Curlew Sandpiper at Cley. 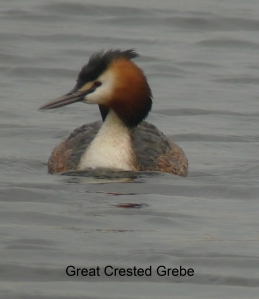 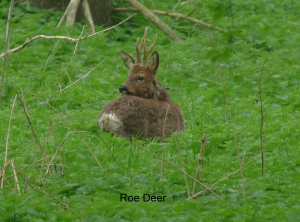 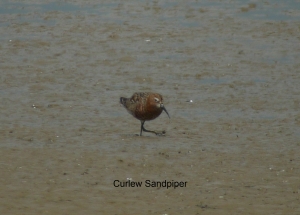